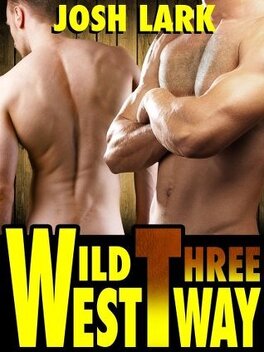 Wild West Threeway is the third part of the Gay Cowboy Sex trilogy, which started with Sucking Out the Snakebite, but it can be read on its own.