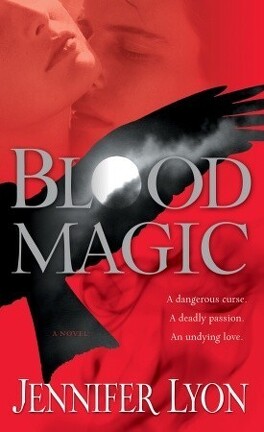 THE HUNTER AND THE HUNTED

In the days when powerful witches used their magic to shield humanity from demons, their allies and guardians were a group of men gifted with preternatural abilities of their own–the witch guardians. But when a band of witches traded their humanity for demonic power, the ancient bond was broken, and the guardians became the hunters.

Darcy MacAlister knows nothing of demons or magic. But this beautiful young woman is about to discover the truth about her past . . . and her future. For she is a witch–not just any witch, but the key to breaking the curse that has plagued witches and the men who hunt them. For if a hunter kills an innocent witch by mistake, the price is no less than a piece of his soul.

Axel Locke, gorgeous leader of the Wing Slayer Hunters, has sworn never to shed the blood of the earth witches who have resisted the temptation of demonic power. But when his sister is cursed by a demon witch, he discovers that Darcy MacAlister may hold the cure–if she can master her newfound powers in time. When the chase begins and Axel and Darcy come face-to-face, this hunter must weigh his soul against his honor–and against his heart.