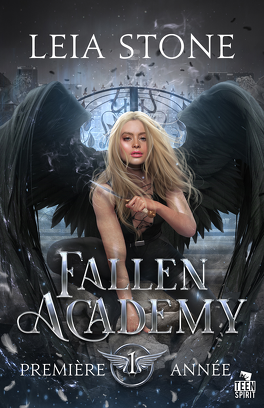 My mother pushed open the door to my bedroom, allowing the light to leak inside. It took a second for my eyes to adjust to the sudden brightness, and when they did, her troubled face came into view. I’d been sitting in my dark room all day, avoiding the inevitable.

“It’s time,” she announced with resignation.

My gaze swept over the hard lines around her eyes—from years of worrying—then at her tearstained cheeks, but what stood out most of all was the red crescent moon tattoo on her forehead.

Nodding, I lifted myself off my bed, with heavy limbs, and an even heavier heart. My mother stepped to the side as I passed her, and made my way out into the living room.

“I wish I was the firstborn,” my little brother muttered in a hollow voice that made my throat pinch with emotion. My normally goofball brother was near tears, and it killed me.

I didn’t wish he were born first. I was glad it was me. My brother was too soft emotionally to live the life of a demon’s slave. It was better this way.

“Today I wish I never had children,” my mother said gravely.

I knew she didn’t mean it. She just wanted to protect me from this, and wishing me out of existence would do that. That’s how bad times were. Since The Falling, none of us had any hope at a normal life anymore; all we could do was wish things were different or accept what was.

My mother wiped her leaking eyes and straightened. “Maybe you’ll get Necromancy like me, and get a more prominent post. Then we could work together after your academy studies.” Her mood instantly brightened at the thought.

I nodded, although it was highly unlikely. When the angels fell from Heaven and warred on Earth with Lucifer and his demons, powers flared out like the aurora borealis, infecting most of humanity. The Falling turned most of us into some sort of supernatural creature and left the rest human. Your gift depended on whether an angel or demon’s power touched you during the fight. It was completely random and had nothing to do with whether or not you were a good person. My mother was demon gifted with Necromancy, and reanimated the dead for a living. It was the only reason we weren’t living on the streets, like half of the human population. But they weren’t really alive; the… things she reanimated were akin to zombies. I shuddered, thinking of the times she’d brought her work home with her.

“It won’t be Necro, Mom. It’s random. She could be a Gristle for all we know.” There was my sarcastic Mikey, back in action.

My mom reached back and swatted his head. “Just be quiet,” she chided. Her normally vibrant blonde hair was dull and greasy. She’d no doubt stayed up all night worrying about this.

I laughed dryly to lighten the mood. If I was a Gristle, that would actually be the perfect shitty topping to my already shitty life. It meant having the magical ability to make trash disappear. Gristles smelled like crap, literally, and they were the bottom of the barrel as far as magical society class was concerned.

I was five years old when The Falling happened. My mom said that when the magic hit me, my body hovered in the air for a full five minutes, and she had to pin me to the bed to keep me from floating away. Mikey was four, so he wouldn’t really remember, but she mentioned his skin had turned green for over an hour.

Stepping closer, my mother smoothed my bright blonde hair down. “I’m sorry. I should never have taken the deal wi—”

I cut her off with a wave of my hand. Quite frankly, I was sick of the apology. My dad had been dying of cancer, and the whole family agreed that my mom would sell her services to the demons, becoming a lifelong Necro for the baddies. We just hadn’t read the fine print, which stated your firstborn was also a lifelong slave to the wicked.

I’d have been fine with it, if my father hadn’t been hit by a bus six months after the demons took his cancer. Six months of extended life was all that my mother’s and my lifetime enslavement earned him. Life was jacked up, and I’d learned not to depend on sunshine and rainbows. The unicorns of my childhood dreams were dead and slaughtered.

Her eyes roamed over my body, lingering on my hips. “She’s curvier than you described. I’ll need her measurements, but this should do for today.” She threw a black and silver jumpsuit at Lincoln, who caught it and handed it to me. I grinned, looking at him. “You described my body? That must’ve been fun for you.” He clenched his teeth, which made his strong jaw pop, and it was actually kind of sexy. “The highlight of my day. Just what I wanted to be doing after my long day at work.”