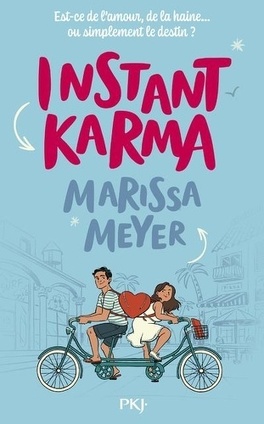 The first step in the scientific method is to ask a question. For example, why is it that when you grow up in Colorado, people think you must like camping? Or why do some people from upstate New York think camping is putting up a cheap tent between RVs? Or that campgrounds should offer heated pools and pygmy goats to pet? Yeah, these aren’t questions I care enough to research, so I’ll get to the real one: At what point did I stop being a planet in orbit, held in place by familiar forces of gravity? And after the cosmic collision that followed, after I cut myself loose, cast myself off, made myself alone, will I ever return to my old orbit?

Three Years Before the Bridge

Hannah peered into my locker mirror. Her green shirt turned up the color in her ever-changing hazel eyes. She shook out her sandy hair. “You look excellent,” I said. We were sophomores and slightly less nervous than the freshmen buzzing through the hall. I closed my locker and turned to see Cody Martinez appear out of the crowd, six inches taller than he’d been in June, tan from a summer with grandparents in New Mexico, black hair flopping across his dark eyes.

I fell against my locker as he stepped toward us. Yes, Cody-my-first-love, there is no story without him. Cody-my-first-everything. Cody, who stood and half smiled at me as he said, “Hey, Hannah. Hi, Red.”

My breath caught. My cheeks burned. I looked down at my red tank top.

“Cody, can you just drop the tacky name puns, please? You know she hates that,” Hannah said, tugging on her backpack straps.

“Since when?” Hannah slipped one strap of her bag off and dug in the back pocket.

“I was great with the kids! You saw!”

“Did you know the vein in your neck twitches when you get angry?” Cody had his finger pointed millimeters from my ear. I had never been so aware of the distance between us. The bell rang. “Well, off to pre-calc we go,” he said, pulling his hand away and swiveling on his squeaky sneakers.

I dropped a few steps behind Cody to watch his loose-legged walk and whispered to Hannah, “The vein in my neck twitches?”

“Is it, totally ugly and disgusting?” My eyes were on Cody as he disappeared into the crowded hallway.

I touched my neck. “That vein is going to beall I think about today.”

“Come on, Scar, hop on the Zoloft like everyone else.”

“Well, you were diagnosed! Do something about it.” Her voice was gentle and pleading and exasperated all at once.

I think it worked, because she smiled, then said, “Seems bad if you’re thinking about yourvein instead of six feet of Cody Martinez suddenly all up on you.”

I grinned. I couldn’t stop grinning. “The research on SSRIs and developing brains is mixed,” I said, still grinning.

“I’m not even sure what you just said, except somehow it wasn’t about Cody.”

I swatted her shoulder.

“If you’re really worried about your vein-twitch, just stop wearing ponytails.” She gave mine a tug, then went for my hair-tie.

“Stop! I want it up.” I pushed her off. “No Zoloft. I’m going completely Zen this year—deep breathing. No anxiety. Ever.”

“Not the religion part. The breath control.”

“Okay?” Hannah opened her hands in a sort of confused surrender.

“Research shows breathing can grow gray matter in your brain,Hannah.”

“You know what? Studies show prayer can too,Scarlett.” She smiled and pointed a frayed nail at me. Then: “Got any ChapStick?”

“What, that I never carry ChapStick and still you ask every day?” I said.

“No, that’s just my optimism. Imeant how much someone can change over a summer.”

“Yeah,” I said. “Hormone development.” I tried to walk faster to keep my eyes on Cody.

“My limbic system is going into overdrive,” I said.

“Well, keep it together; eat some chocolate.” She handed me a mini chocolate bar, melted slightly from her jeans pocket. “I need your help to get through pre-calc this year.”

As we stepped into the classroom, David Warren stood and shouted to Cody, “You didn’t call when you got back!”

“Just got back yesterday,” Cody said, pulling David into one of those chest-bump dude-hugs before sitting down at an adjacent desk. Cody Martinez. I’d known him most of my life, and he went away for a summer and returned as a person I suddenly wanted to be near. Always. All the time. Right then.

“Scarlett!” Hannah hissed. “Sit next to him! Don’t just stand there.”

I sliced my eyes to her, and probably the vein in my neck twitched too. I tried to breathe slowly through my nose as I slipped into the desk next to Cody. I thought,Inhale 1, 2, 3. Hold. Exhale 1, 2, 3, 4.

And so, with one toss of his hair and a bad name pun, Cody Martinez had suddenly become the brightest object in my universe. My North Star. My Polaris. It wasn’t long before Cody and I were together. All the time. And we were happy, mostly, for over two years.

Einstein rocked our conception of the universe because he proved time is not static experience. In other words, there’s not just one NOW to “be here” in, as the bumper sticker of the Subaru Forester in front of us for the last seventy-five miles asserts. Instead, there’s a now-continuum depending on speed and light.

To tell my story, I need to lead you through a series of my “nows,” but I can’t start at the beginning—my birth nineteen years ago, or even when David and I stepped off the bridge up Mine Gulch Road and everything changed. I can’t start at one “now” and travel straight to this one, where I am en route to an internship in California, because by the time I finish, I won’t be here anymore. Motion continues, and though time feels linear in some ways, that’s just another way common sense fails us.

As we pull over, the Subaru we shared a now with for seventy-five miles disappears. All the traffic on I-90 appears to be speeding by, but to the people in the cars, nothing is moving. Their radio is still there; their drink doesn’t move relative to where they sit.

My roommate, Mina, tucks her bobbed hair behind her ears and opens the door to the hum of the interstate. To all those cars whizzing by, it looks like the cows and fields, and Mina, poised in her platform sandals as she clicks a photo of the welcome to pennsylvania–pursue your happiness sign, are speeding past. And when Mina gets back in the car and accelerates like a banshee into Pennsylvania, it’ll be us speeding through the landscape. My point? Motion and time are relative.

“How’s it coming?” Mina twists to buckle in while peering at my laptop. “Motion and time? What does that have to do with anything?”

“Relativity has everything to do with everything!”

“Stopped.” She turns to the wheel and guns it onto the freeway.

Mina jokes when I bring up relativity because she thinks it’s absolute, complex nerd-territory, but I’ve always thought the idea shouldn’t be that complicated. It’s really a lot like memory. What I need to tell you about David Warren—there’s no linear way to tell it. It’s more like time is this vast honeycomb, and inside each tiny cell is one moment. To tell my story right, I need to hop forward and back through the past few years. And maybe that’s the truth of time after all.

Given that, there are a few things you should know about David Warren.

I asked my mom if she knew when I met David. I was hoping for some story like how we were kids at the park and he knocked me down with a hug but then threw sand in my eye, but Mom said she met his parents in childbirth class.

My roommate, Mina, thinks life in utero is like being behind a curtain, and that babies actually learn much more about the outside world than we give them credit for. She says this is why newborns turn their heads toward their mothers’ voices seconds out of the womb. Mina is probably right about this because she’s nerdy about things like developmental psych. It makes me wonder if David and I could have been communicating even then.

I bet he called out to me at those birthing classes:

“Hey! Scarlett! Does that breathing calm you?”

And I answered in the secret language of those not-yet-born, “I get more room to kick when she exhales.”

David laughed. “Ah, getting cramped in there?”

“Of course! What about you?”

“I can’t wait to get out,” he said, and elbowed his mother’s uterine wall for emphasis.

That’s it. That’s how I met David Warren. Both of us in utero, cramped as hell, waiting for the right time to drop into position, to escape.

I don’t remember meeting David Warren. That’s just part of growing up in a small town—some people are part of the landscape from the beginning. For many of them, this mountain-in-the-background or oak-tree-in-the-front-yard kind of permanence is just fine, unquestionable. There’s little change in their location relative to you, and they travel at predictable speeds. Hannah—my best friend from before I can remember—is like that, dependable like an oak in the front yard, always there. From the time we could toddle we were together: in the preschool sandbox; holding hands on our first day of elementary school; in fourth grade, exploring the trails behind my house and pretending the lookout bench was a one-room school; by middle school, taking cookies to our blue-haired ladies at Christmas. I have no first memory of Hannah, but that doesn’t matter. She was at every birthday party from one to eighteen. We grew together until it was time to part, and I left her standing in my front yard certain she’d be waiting there when I returned.

Still, there isn’t anything I could conjure from the dry mountain landscape of Graceville, Colorado, that might explain my friendship with David Warren. And so not remembering how I met him is like a black hole.

“I want to feel everything—what it’s like to be that heron, or those clouds, and to jump off that bridge.” David’s eyes were steady as a bird’s as he pointed upriver to where the old metal bridge glinted in the late afternoon sun. I smiled. I’d known people who’d jumped from it, but I’d never considered it. Too risky. Yet, in that moment, feeling like I could control the earth’s rotation, I grabbed David’s hand and we ran. Behind us we heard the others emerging from the forest to stack firewood on the sand. David pulled up on the guardrails, and steadied himself on a piling. I climbed up next to him. My bare toes gripped the railing as I swayed. David reached for me. Our fists laced together above the water.

“Ready?” he said. I wasn’t. But he’d already stepped into the air, so a millisecond behind him, I stepped off the bridge.