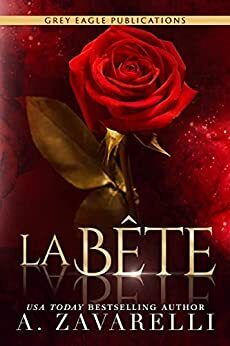 Twisted Ever After, Tome 1 : La Bête

“You look… great.” Another lie. They come easily to me now too. I just want to be alone. Megan is over the top about literally everything. She’s the Regina George to my Wednesday Addams. After the show, Luke snagged us both for his label. It seemed like the right choice at the time, but I quickly realized not everything that glitters is gold. Megan trots off, and Luke flares his nostrils when she approaches. She’ll get a mouthful about it later, but right now I’m too tired to care. The conversation lasts for all of five minutes before Luke moves it to a more private setting and Megan returns to the sofa where I’m currently parked. She plops down beside me with a dreamy expression on her face. She wants me to ask, but I don’t. “You can’t say a word if I tell you,” she says. Her excitement is one hundred percent false. This is the same girl who used to ridicule me backstage for the way I dressed. The girl who referred to me as Goth Girl and spread a rumor about me practicing the occult. I’m also pretty sure she was the one behind some of the online terror campaigns during the show, but I don’t have proof of that. I trust Megan about as much as I’d trust a chunk of cheese in a mouse trap. Pretending is exhausting. But I learned a long time ago to go along with it. In this business, it’s better the enemy you know. “Wouldn’t dream of it,” I assure her.