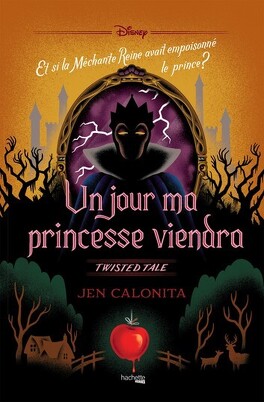 “I won't let her continue to harm my people," Snow declared again, her voice commanding. "If you help me, I will work hard to bring peace and prosperity back to this kingdom, as it had once before." She looked at Grumpy. "I know I've let you down, but I won't anymore. You don't know what I've been through. All because I've been afraid." She straightened her shoulders and looked at them with steely determination. "I'm not anymore.”

“As they reached the entrance to the gardens, where more subjects were waiting, a cardinal flew down and landed on the stone steps that she had cleaned so many times in her life. It tweeted a song of happiness, and Snow could only imagine it saying one thing: I love you. For her mother would always be with her.

"I feel as if I've been waiting for this moment forever," Snow confessed to Henri.

But now there would be no more waiting.

And if it wasn't quite "happily ever after," it was pretty close.”