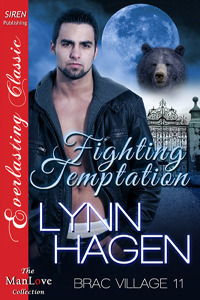 Detective Carmine Bianchi watched a once powerful man turn into a shell when his mother was killed. His father was no longer who he used to be and Carmine refuses to go through the tragedy that was now his father's life. If only fate hadn’t intervened and thrown one small fey Carmine's way, making the walls he erected slowly begin to crumble.

Turi had his own set of complications. His father was trying to make Turi mate his own uncle. He didn’t agree with Wood elf custom of inbreeding and Turi was determined to stay on the run for as long as he had to.

When Turi is nearly hit by a car, he soon realizes that the man behind the wheel is the other half to his soul. Unfortunately, Carmine makes it very clear that the only reason he is sticking around is to help Turi with his problem.

But as Carmine spends time with Turi, he realizes that fighting to keep Turi at arm's length is a battle that his heart was determined to win.