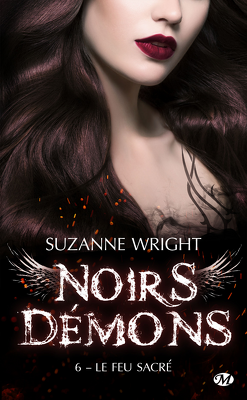 Since Keenan’s traumatic childhood he’s made sure he’s always in control. Of himself, and of the world around him. But Khloe drives him crazy. She’s an imp, so getting under people’s skin is basically her job description, but Khloe makes him – and his body – respond in ways he’s never known.

Keenan is the mistake Khloe knows she shouldn’t make. As an incubus, he’s got an inside track into everything that makes her tick, and even though she’s immune to his supernatural sex appeal, that doesn’t stop her body – and her demon – craving him.

After a bet escalates the simmering tension between them it’s finally game on . . . and then the game turns deadly serious. When a danger appears that could threaten the whole lair, Keenan’s desperate to protect Khloe any way he can – but will she accept his claim, and can he accept the power she has over him?

Khloe and Keenan’s story, the 6th in the Dark in You series.
http://www.suzannewright.co.uk/my-books/works-in-progress/