Une enquête de Sherlock Holmes, Tome 5 : What Child is This? 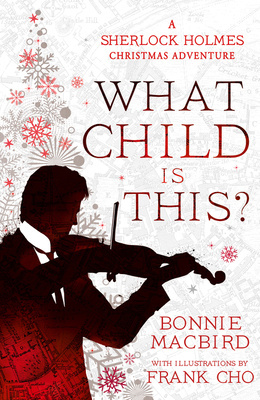 It’s the season of peace and goodwill, but a Victorian Christmas is no holiday for the world’s most popular detective in this new book from Bonnie MacBird, author of the bestselling Sherlock Holmes novel Art in the Blood.

It’s Christmastime in London, and Sherlock Holmes takes on two cases. The angelic three-year-old child of a wealthy couple is the target of a vicious kidnapper, and a country aristocrat worries that his handsome, favourite son has mysteriously vanished from his London pied à terre. Holmes and Watson, aided by the colourful Heffie O’Malley, slip slide in the ice to ensure a merry Christmas is had by nearly everybody . . .

Une enquête de Sherlock Holmes, Tome 5 : What Child is This?