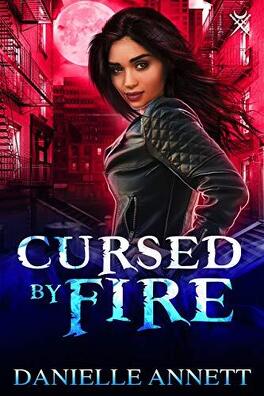 Blood is going to spill …

I just hope it won’t be mine.

Someone is trying to incite a war and pit the shifter Pack and the vampire Coven against one another.

And I can’t let that happen.

My boss doesn’t want me to get involved. It’s too dangerous.

But I’m a mercenary and I’ve been hired to find whoever it is that's leaving a trail of bodies in their wake.

In a search that takes me through the maze of shifter hierarchy and the depths of the paranormal underworld, these killers underestimate how determined I am to protect my city.

Yes, blood will spill. And it'll be theirs.

The was one of the reasons I'd come to Spokane. Rain was a way of cleansing the earth. Of washing away the dirt and grime, and it remained me of new beginnings. Raim made me feel at peace, despite the fact that it seemed so opposing to my natural pyrokinetic abilities.