The Alliance of Power Duology, Tome 2 : A Hunter Rises 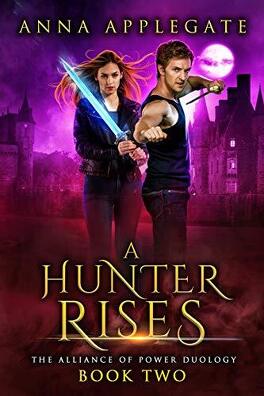 The Alliance of Power Duology (2 livres)

She’s their last hope in a war that’s been brewing since before she knew who she really was.

After successfully taking back Falcone Industries, Jules is forced to come to terms with who and what she truly is. With the help of Seeley Ronan, her Vampire King, Jules learns what it means to be not only a vampire hunter, but a leader and a warrior as well. In the process, their attraction grows into a relationship that neither of them can deny. But being together isn’t an option in their world.

Seeley and Jules’ personal dilemmas take the backseat at the emergence of Mathias Morgenstern, a Vampire King on the verge of starting an all out war. If left unchecked, Mathias will rise to a powerful position that most won’t survive.

Vampires, Hunters, Guardians, and Fae alike are just a few of those that have gathered behind their new leader to overthrow an evil that threatens to consume them, and the rest of the world if they fail. Will Jules unlock her potential to save them all, or will evil overpower her with a sorrow she thought she’d never have to experience again?

The Alliance of Power Duology, Tome 2 : A Hunter Rises