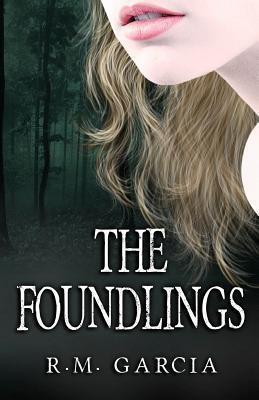 After the worst year of his life, all Donnie wanted was happiness, and when he met Abbie, he was sure he had found it. But their happiness together is placed in jeopardy after a chilling a encounter. They are dragged in to the world of Vampires. Orphaned, now they must fight to survive, fight to live and fight to keep their love alive. They find themselves outcasts in this world, the world of the Foundlings.

In the vampire world of Foundlings, their kind is hunted mercilessly. Donnie and Abbie meet Espee and Nox, who along with other Foundlings stand to protect their members. As the leader of the den, Espee teaches them to survive, to hide, and to avoid detection from the formal Bloodlines.

You see every vampire originated from a Bloodline Source, and each Bloodline could only birth a certain number of vampires from its Source. As it turned out, Foundlings complicated the formal Bloodlines’ plans and their possible numbers. For every risen Foundling, there would be one less vampire available to the corresponding Bloodline. Every formal Bloodline down the line, from the Reich all the way to the Old Ones, cared little for Foundlings. The reason for their hatred was unknown to every Foundling. To every Bloodlines, these bastard offspring, these “accidents,” were simply intolerable.

Can Donnie and Abbie's love survive? Can Espee figure out a way to protect her kind? She sees something in Donnie, something she has never seen in any other Foundling. Will he be the key?