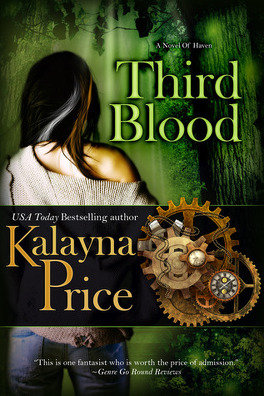 Going home after five years is difficult. It's harder still if you've changed species in the interim.

Kita Nekai, once the smallest shifter in Firth but now the newest vampire in the city of Haven, has no intention of returning home or informing her father and clan what she's become. Not that she has a choice. When the mage who holds her death certificate in his hands demands Kita return to Firth as his errand runner, she has to comply. Of course, there is no leaving her sire, Nathanial, behind. Which means introducing daddy dearest to the man—well, vampire—she may be falling for and confessing that she's lost the ability to shift. Talk about awkward.

Her homecoming goes from bad to worse when an attempt is made on her life, and Kita finds herself facing an unknown threat in a hostile world she never fit into in the first place. Can she survive long enough to complete the judge's task, stand trial before the elders for the rogues she created while on the run, and help defend her father's territory from an encroaching band of misfit shifters? Or is this cat down to her last life?