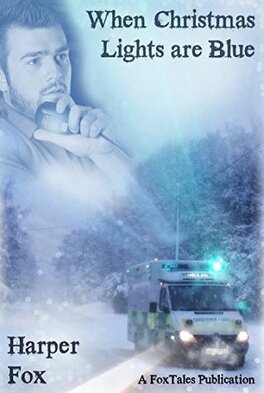 Rob and Karan are a great couple, but they’re tearing apart under the pressures of modern life. They both work as paramedics for the NHS, and just before Christmas, their plans for the future are in jeopardy.

Rob knows he’s on thin ice with the man he loves more than anyone else in the world, and he’s at a loss to fix it. The job is getting tougher, and Karan, who’s of Sikh descent, is facing violence on the streets in the wake of Britain’s decision to leave the EU. Financial problems, hostile families on both sides... Their troubles seem insoluble.

An emergency callout stops them on the brink of a final and heartbreaking row. In a forest on the bleak northern hills, Rob loses control of the van in the snow. The only gleam of light comes from a strange, lonely house among the trees. Lost, cut off from the world they know, can they find their way back to one another? It’s the longest night of the year, and spirits are abroad among the pines...