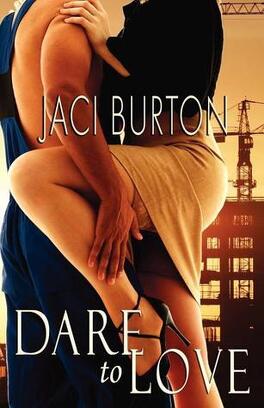 A romantic game of chicken-and they're both too stubborn to flinch. Lucy Fairchild, lawyer and heiress to the Fairchild fortune, has just had the worst day of her life. Her father has found the perfect man for her to marry. Yes, she's thirty and single, but that doesn't give her father the right to run her life. She'll choose her own husband-someday. Jake Dalton is struggling to make his fledgling construction company a success. Ever mindful of his father's derogatory comments that he'd never amount to anything, he's spent his entire life trying to prove he's not a failure. From their first meeting on a construction site, verbal sparks fly. Their argument escalates into a dare for a date-and the game is on. Lucy thinks Jake is the perfect fake boyfriend to parade around in the hopes of getting her father off her back. Jake is amused by the chance to annoy both Lucy and her dad-he doesn't intend to take the dating thing seriously. But the heart is a fickle thing, and not above playing dirty. In their quest to prove something-to each other, or maybe to themselves-they find themselves building a case.for love. And suddenly all the rules have changed. Warning: This book does NOT contain hot monkey lovin', threesome action or anyone swinging from the chandeliers (sorry 'bout that). It does contain sexy romancin' on a trampoline under the stars, fun one liners, a dog named Rascal and a smokin' hot construction worker named Jake that the author is convinced you're going to fall madly in love with. She dares you to read it.