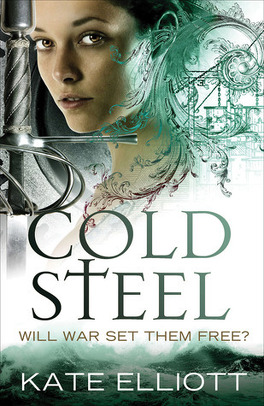 Trouble, treachery, and magic just won't stop plaguing Cat Barahal. The Master of the Wild Hunt has stolen her husband Andevai. The ruler of the Taino kingdom blames her for his mother's murder. The infamous General Camjiata insists she join his army to help defeat the cold mages who rule Europa. An enraged fire mage wants to kill her. And Cat, her cousin Bee, and her half-brother Rory, aren't even back in Europa yet, where revolution is burning up the streets.

Revolutions to plot. Enemies to crush. Handsome men to rescue.

Cat and Bee have their work cut out for them.

“A strong man does not need a silent wife.”