The Summer when It Snowed 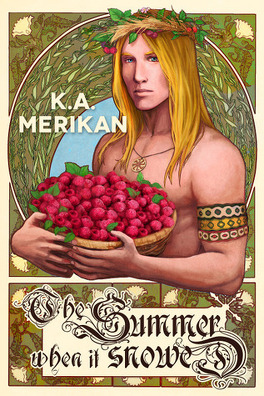 The year winter came back in the summer, Kirkor, the young son of a chieftain meets Alin, a man with eyes so blue they seem to melt the snow around him. That same night, Kirkor loses Alin to another man’s ruthless greed, but he is only a child, and no one believes his testimony. Years later, Kirkor is unjustly accused of plotting against the chieftain and banished from his home. Roaming through the forest, he finds shelter under a lone weeping willow. There is nothing extraordinary about the tree, but if so, why does its whisper seem so familiar?

The Summer when It Snowed