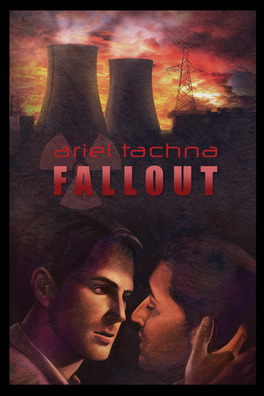 When a Category 4 hurricane hits the Texas Gulf Coast and critically damages a nuclear reactor, the NRC brings in robotics engineer Derek Marshall and professor Sambit Patel to avert a disaster. Unfortunately, putting the men in the same room could be nearly as dangerous as the reactor: Derek's out and proud, gruff, and occasionally obnoxious; Sambit is closeted, quiet, and reserved. Faced with isolation, ungodly living conditions, and the very real possibility of acute radiation sickness, they race against time to stabilize the reactor. But the attraction growing between them may be beyond their control. On the surface, Derek and Sambit have nothing in common. They live in separate cities, come from disparate cultures, and have trouble just getting along, never mind navigating a relationship. All they have to hold them together is a few isolated weeks of trying to save the world, or at least the environment. Sambit is convinced the end of the assignment will be the end for them as well-and despite their many differences, he's beginning to wonder how he'll survive the fallout once Derek leaves him behind.