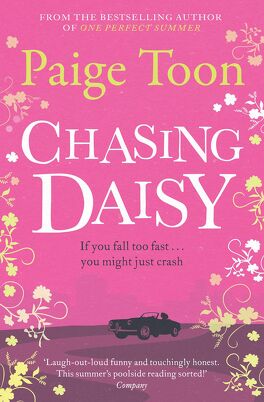 Daisy has been dumped, unceremoniously jilted. Not by any ordinary guy, no... Daisy has a secret in her past that she won't even tell her best friend, Holly. She's given up on men - and on her own family. But life still has to be lived and where better to recover than as far away from home as possible.

Grabbing a chance to see the world, Daisy packs her bags and joins the team catering to the world's highest-paid, supercharged racing drivers on the Formula 1 Grand Prix circuit. From Brazil to Italy, from Melbourne to Monte Carlo, life passes in a dizzying whirlwind. But nothing - and no one - can stop Daisy from falling again... this time for a man who is prepared to risk his life, and his heart, for the sake of speed, danger and ultimate success.