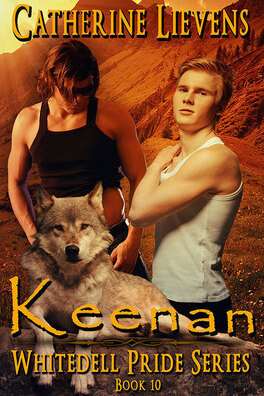 Sometimes if you love someone you have to set them free.

Keenan wants his mate to come back, but after two months without any news about Jonah, he has lost his hope that the wolf shifter will come back to him. Then one night his phone rings and Jonah finally talks to him.

Jonah left Keenan because he needed to help the other wolves who had disappeared with him. He has a hard time staying away from his mate, though, and as soon as he finds Elliott, Merle and Simon, he runs back to Whitedell, hoping his apologies will be enough for Keenan to take him back.

Just when the two men take their first step in their relationship, something happens to Keenan and he disappears. Will Jonah be able to save the mate he has just started to get to know, or will Keenan be forever lost to him?