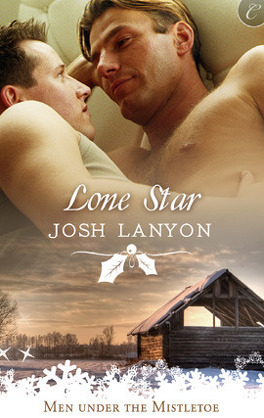 Growing up in rural Texas, Mitchell Evans' ambition to be a dancer made him a target. Though he found success in New York City, Mitch is at a crossroads, and heads home for the first time in twelve years to figure things out. When what appears to be a reindeer jumps out in front of his car, he drives off the road and into the path of the one man he hoped to avoid.

The last person Texas Ranger Web Eisley expects to see four days before Christmas is his first love. He hasn't seen Mitch since they quarreled over coming out to their friends and family years ago. Though he's not in the closet now, Web has worked hard for the respect of his fellow officers, but he still regrets the loss of Mitch in his life. And his bed.

The attraction between them is as strong as ever, and it doesn't take long for the men to pick up where they left off. But is love enough to keep Mitch in town in the New Year?