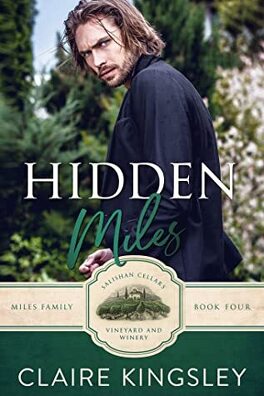 “I wasn’t ready for this. Hannah deserved a man who was whole, not a broken shell. But I couldn’t resist her. Couldn’t resist this. It felt too good. And would that be so bad? To have something that felt good for once?”

Leo Miles came home broken—wounded and scarred. It’s been five years, and he hasn’t left his family’s land. Not once. It’s not much of a life, but the way he looks now, he prefers to stay hidden.

His only reprieve is her voice. He puts on his headset, logs in to his game, and she’s there. They talk while they play, sharing everything but personal details. She’s his best friend—his happy place—even though he doesn’t know her real name.

Until one day, he hears a voice he recognizes.

Hannah is Leo’s every fantasy come true. And the badass gamer girl is determined to break through his defenses. But between the mess that is his life, and the threats to his family’s safety, he can’t be anyone’s hero. Least of all hers.

But maybe they both need saving.

Author’s note: A wounded hero who’ll squeeze your heart. A girl in trouble. And the family who won’t let either of them down.

The Miles Family is best enjoyed in order.