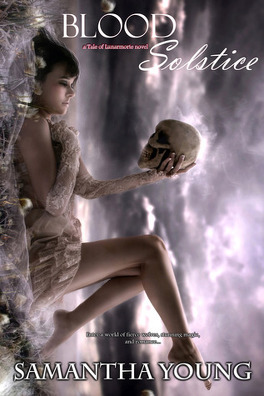 The Tale of Lunarmorte (3 livres)

Enter a world of fierce wolves, stunning magic and romance...

In the final installment of The Tale of Lunarmorte, Caia is caught between the most powerful beings in her world, and they are all desperate to use her for their own means. While Caia struggles to find her purpose, tragedy strikes close to home, and time runs out.

Now she must decide if she will join the extremists she was trying to destroy... or bring them all down on her own terms...

YA Paranormal Romance recommended for ages 16 and up.

Existing in the shadows of our world are supernatural races, children blessed by the ancient Greek gods with unimaginable gifts, and at present they are fighting a two-thousand year old war with one another. The Midnight Coven, an alliance of dark magiks, faeries, and daemons born of black magik, believe that vampyres and lykans are lesser supernaturals and a threat to mankind. They are at war with the Daylight Coven, a confederate of light magiks, faeries, vampyres and lykans who believe in the equality of the races.

Into this war eighteen year old Caia Ribeiro is born… a lykan with a heritage unlike any other. A consequence of the manipulation of the gods and fate, Caia is unique – a half-lykan, half-water magik. And to make it even more complicated her mother was the daughter of the Head of the Midnight Coven – Caia is half-Daylight, half-Midnight.