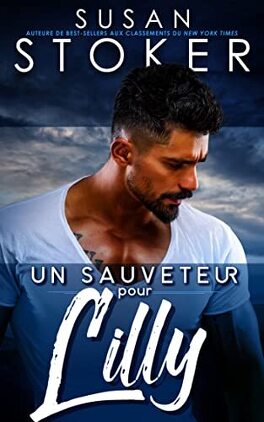 "So…you headed into the forest today?”

It was obvious he’d overheard her half of the conversation with Tucker. “It’s undecided. Which means I need to be prepared for anything.”

“Hiking boots, cargo pants, and jacket over a T-shirt, over a tank top, then, huh?”

Lilly couldn’t help but laugh. “Yeah. If we were just doing local shots, I could get away with wearing a pair of shorts and my sneakers, but if we go into the forest, I definitely want to be wearing clothes that cover me. Many times we have to back into bushes and stuff to get the best shots.”

“Right. So…your number?” Ethan asked as he pulled out his phone.

Lilly suddenly felt unsure. She was only going to be there for the duration of the shoot, then she was leaving. Luckily, there was only one more episode scheduled for the first season of the show. Then she’d have to decide whether to return to West Virginia or not, and the next job to take.

Admittedly, she wanted to settle down. Find a nice town like Fallport, someplace not too far from her family, and build a life there. As for her job…that was something she’d have to think about. She’d been doing the camera operator gig since she graduated from college, but she couldn’t deny it no longer held the appeal and excitement it once did. Though she had no idea what else she’d do for work.

“Lilly?” Ethan asked. “If you’re uncomfortable giving me your number, you can just stop by On the Rocks and let Zeke know you’re looking for me. He can get a hold of me. Or, hell, Whitney has my number. I’ve rewired most of the electrical system in this house. She can call me.”

“No, it’s fine,” Lilly said quickly. She was just giving her number to the man, not agreeing to move in with him or anything. She blushed at the thought.

“Do I want to know what that blush is about?” Ethan asked with a small smile.

Shit. She’d already forgotten how observant he was. Most people wouldn’t even notice, or they’d politely refrain from bringing it up…but not Ethan.

“No,” she said, knowing she was blushing even harder.

Now he stared at her with a huge grin on his face.

Shit, was he really waiting for her to tell him what she was thinking? There was no way Lilly was going to admit the thought of moving in with him wasn’t exactly repugnant.

Oh! He was waiting for her to tell him her number. Lilly rolled her eyes at herself. Jeez, she was such a weirdo. She quickly rattled off her digits and watched him program them in.

“Got it,” he said as he pushed off the wall and came toward her.

Lilly lifted her chin as he got closer. He was the perfect height for her…not that she was thinking about him in that way.

Aw hell, who was she kidding? She totally was. The man was ridiculously handsome.

He stared down at her for a beat, then nodded as if he’d found whatever he was looking for in her eyes. “Be careful today. I wasn’t kidding last night when I said it was easy to get turned around and lost in the woods.”

Ethan blinked. “You have a GPS?”

“Of course. When I found out we’d be looking for Bigfoot, I didn’t think we’d be searching the city streets of New York for him.”

Ethan looked relieved at her words. “Good. That makes me feel better.”

“Me too,” Lilly said. “I don’t know how things are gonna go once we get in the forest, but I’m guessing the talent’s not gonna pay any attention to where they’re going. They’re gonna hear something and rush off willy-nilly, leaving us camera operators to follow them as best we can.”

“Although, if they get lost, that’ll just make for better TV,” Lilly felt obligated to warn.

All amusement fled from Ethan’s face. “They’d do it on purpose? Worry the townspeople, force my team and me to give up a day or more of work, simply because it’s good TV?”

“It’s just that, while I may have a GPS, I’m not allowed to interfere in anything that happens while the cameras are rolling. I’d be fired on the spot if I did anything that made the viewers realize the talent isn’t walking around in the woods by themselves.”

“Which part? That we aren’t allowed to help or say anything, or that anyone watching the show might think there weren’t four camera operators, a producer, and a sound guy walking right alongside the cast members?”

Lilly couldn’t help it. She laughed. “Well, that’s kind of how every reality show works. I don’t like it, but I knew what I was signing up for when I came on board.”

“How about this—if those yahoos get lost, you use your GPS, mark the spot, and get your ass out of there. Come find me. We’ll let them stew for a while before we go bail them out. Deal?”

“Deal,” Lilly said with a smile.

“You aren’t what I thought you’d be,” Ethan said out of the blue.

“I know,” Lilly said seriously. She’d heard that kind of thing all her life. People always expected her to be different than she was. More outgoing. More interesting. More feminine.

“You’re so much better,” Ethan said, almost to himself.