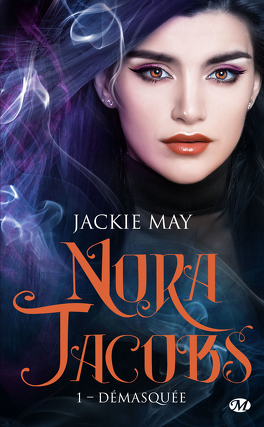 Don’t Rush Me was definitely something different.

I have to admit that I struggled with this book for different reasons.

The first one being that I took this book seriously, when I shouldn’t have. Because a lot of things in this book do not make sense, and are not really taken seriously. For instance, the fact that Nora has one of the must traumatic past out there, yet she basically shrugged it off for the first half of the book. And it was only towards the very ending that it felt like the subject was treated a little more seriously.

Also, I knew going into this book it was supposed to be a reverse harem. And I guess this is also where I shouldn’t have taken this book seriously either, because these dudes just came out of nowhere. And I guess Nora’s powers are supposed to draw them in, and I am usually all for the protective guy type of trope, but every f*cking men that appeared in this story basically acted the same. Why make it a harem if they’re basically the same dude who just looks physically different and is a different sort of underworld creature??

And I read a review of someone saying that these men didn’t have their own personality because their lives resumed to Nora and that is so true! I felt like all the characters severely lacked personality.

So, overall, my only wish is that I knew how to approach this book beforehand, so I would have been more prepared. Even if I still don’t know if this was intentional or just weirdly written. Honestly, this book was weird for me, because there are a lot of issues, yet I am still curious about the harem/why-say-is-it-a-reverse-harem-when-Nora-just-has-a-group-of-male-friends?, so I’m probably going to pick up the next books.