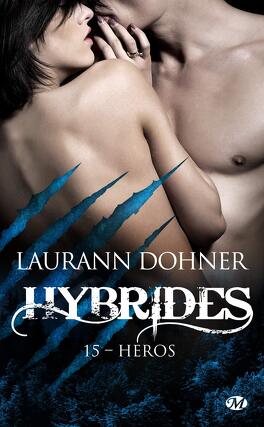 Something large dropped about six feet in front of her, and Mary gasped. It took her a few seconds to realize what it was.

She blinked, but the sight didn’t disappear or change.

Crouched before her was the biggest New Species she’d ever seen. Not big as in fat. Far from it. He was muscled and big boned.

If that wasn’t shocking enough, he had some seriously wild, long hair. It was a light rust color, with some orange streaks, and very fluffy. His chin lifted, making it possible for her to make out his face.

He was a New Species—but more animal than man. His eyes were pure feline, the color a startling gold. His nose came out a bit, as did his jaw, making the bones in his face seem more animalistic. It reminded her of a mini muzzle. His lips were human, at least. They were also generous. But her gaze fixed on his hair. It reminded her of a lion’s mane.

Those words kept repeating in her head.

He rose up from his crouch, and she was in for another surprise. He had hair on his naked chest, but it looked more like a patch of fur. It wasn’t a whole lot, but enough to freak her out even further.

He growled low, causing the hairs on the back of her neck and on her arms to raise. She knew she shouldn’t have come to Reservation. Mel said she’d be safe, but her bestie had been wrong. She was about to be killed by a lion man.

His lips parted, and he revealed scary fangs. They were shiny white and looked lethal.

Mary wanted to faint but she wasn’t that fortunate.

He stepped closer, and she scrambled back, falling onto the slope of fake moss, praying she could dig her way under it. Her fingers even clawed at the material.

The man loudly sniffed, and she froze.

All Mary could do was twist her head to the side and squeeze her eyes closed. She didn’t want to watch her own death happen. It would be bad enough feeling it.