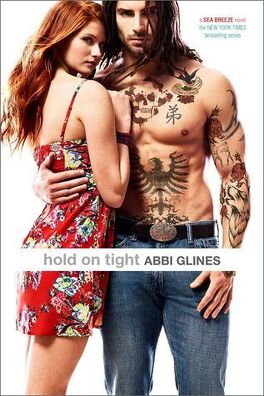 Six years ago, Dewayne Falco's life changed. He lost someone he never expected to lose. Resigned to punish himself for something he felt he could have prevented, he goes through life without getting too close to anyone.

What he didn't expect was for the girl across the street to move back home and remind him of what they both lost: Dewayne's younger brother Dustin. However, when a miniature version of Dustin opens the door to greet him, Dewayne realizes he might not have lost everything after all.

Sienna Roy loved Dustin Falco most of her life. He was the boy next door, the high school basketball star and her best friend. But when his life was cut short, she realized he left a part of himself behind.

Now, she's back in Sea Breeze, thankful to have a home for her and Dustin's son, but not sure if she can ever forgive the people across the street who abandoned her when she needed them the most — The Falcos.

Betrayal, lies, and forbidden attraction might end Dewayne and Sienna's story before it's even begun.

“Open them wider,” Dustin panted in my ear as he pressed my left knee against the leather backseat of his car. I thought we had this down by now, but sometimes he wanted something different. So I had to adjust. Also, keeping my head in the game was hard to do.

In the beginning it had hurt. Now it was just uncomfortable. But I loved Dustin, and he wanted sex. So I gave it to him. Which meant a few nights a week he pinched my ni**les really hard, then did the deed and we were done. Being close to him made it worth it. I had felt so disconnected from him lately that this helped ease my mind. When we were back here together, we were okay again.

“Like this?” I asked, moving my leg up to rest along the top of his backseat.

“Fuck, yeah. Like that, baby. Just like that. You’re always so damn tight. It’s almost impossible to get inside you.”

I agreed with him. Which was why it was so uncomfortable. It seemed like there must be something to make it slide in easier. But he never mentioned that, so I didn’t ask.

“Fuck, uhhhh, yeah . . . God, babe, so good, uhhhh! GAAAAH!” he cried out loudly as he threw his head back and his eyes rolled into his head.

That meant this was over. He was done. Thank God.