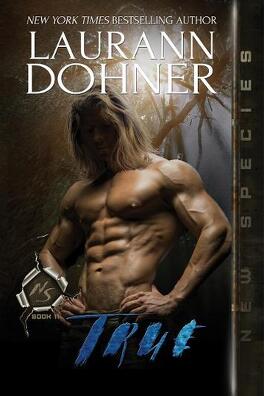 New Mexico Drackwood Research facility Jeanie smothered a cry of distress and fought back tears. It was horrific to watch the man she obsessed over being tortured. It would only get both of them killed if she followed her gut instinct to rush outside to come to his aid. “I knew you liked that one too much,” a chillingly familiar voice snickered from the doorway of the lab office. Jeanie felt all the blood drain from her face as she turned, horrified that he’d managed to ease open her door without making a sound. Dean Polanitis headed the entire facility. At forty-five he was young for the job but what he lacked in age, he made up for in viciousness. He wasn’t tall at five foot eight but he was still extremely intimidating from years of military training and lifting weights. His body was muscled, dense and physically fit. His normally dull green eyes were unusually intense and his thin lips were twisted into a rare smile that left Jeanie feeling icy cold inside. “I don’t know what you’re talking about,” she lied. He pointed to a spot on the large shelves that took up one wall. “I installed a hidden camera in this office to monitor your every movement for the past week after I noticed your interest in that test subject. I’ve gotten reports that you’ve attempted to shield him from being roughed up by the guards. That was the tipoff. Then, after reviewing the tapes from his cell, I realized that he looks at you the same way.” He closed the door behind him. “Did you really think it wouldn’t draw suspicion from me? I don’t miss anything that goes on inside my house. I know you care about him. You stop working every time he is out there and I know body language.” His gaze darted down the length of hers before returning to her face. “You’re easy to read when you don’t know you’re under surveillance.” She shook her head. “He’s just another number,” she mumbled, praying he’d believe the lie. A chill ran down her spine at the way he’d stated the facility was his house. It was a hellish place no one should want to claim but it only strengthened her belief in the pure evilness of her boss. “I’m just a nice person. Excuse me for having a smidgen of compassion. That’s probably what the guards reported if I said or did anything to prevent them from being abusive. Some of those jerks can be pretty malicious just for the fun of it.” Her boss’s eyebrows arched. “Really? That’s all it is? What about your reactions to seeing 710 bloodied to test the healing properties of the new drugs?” “I don’t like watching any of them suffer. I do have a heart. That’s all. I hate to see anyone in pain but I understand how important the research is. I was told he’s in a trial for medical advancements that could stimulate the body’s triggers to mend open wounds faster.” She glanced back at the window. The man she loved attempted to protect himself against eight vicious, armed men intent on causing serious harm while he was leashed by chains they held. He was strong enough to knock them off balance to prevent some blows from landing but not all of them. Blood ran from wounds on his arms and chest. One of the guards hit him with a whip and she faced her boss quickly, before her knees buckled. “It’s brutal and I’m not into that kind of shit. Sue me.”