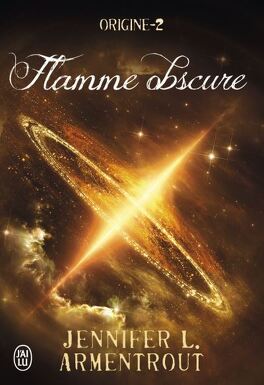 "Just put it in your mouth already."

Blinking rapidly, I lifted my gaze from the steaming bowl of tomato soup to where my mom stood.

That was a string of words I sort of never wanted to hear come out of her mouth ever again.

Her blonde hair was smoothed back into a short, neat ponytail and her white blouse was impressively wrinkle free. She wasn't so much staring as she was glaring from where she stood on the other side of the island.

"Well," came the deep voice from beside me. "Now I feel super uncomfortable."

The woman I'd believed to be my birth mother up until a few days ago appeared remarkably calm despite the fact that the dining room was still in shambles from the epic death match that had taken place less than twenty-four hours ago. This woman did not tolerate disorganization of any kind. However, the taut corners of her lips told me she was seconds from becoming Colonel Sylvia Dasher and it had nothing to do with the broken dining table or the shattered window upstairs.

"You wanted grilled cheese and tomato soup," she said, punctuating each food item as if they were a newly discovered disease. "I made it for you, and all you've done is sit and stare at them."

"I was thinking." There was an elaborate pause. "That getting you to make me grilled cheese and tomato soup was too easy."

She smiled tightly, but it didn’t reach her eyes—eyes that were brown only because she wore specially designed contacts that blocked the Retinal Alien Check—RAC—drones. Her real eyes were a vibrant blue. I'd only seen them once. "Are you worried that the soup is poisoned?"

My eyes widened as I lowered the perfectly toasted, buttered bread and melted cheesy goodness to my plate.

"Now that you mention it, I'm worried there’s arsenic or maybe some random, leftover Daedalus serum in it. I mean, I feel like you can never be too sure."

Slowly, I looked at the boy sitting next to me on a stool. Boy wasn't exactly the right word to use to describe him. Neither was human. He was an Origin, something other than Luxen and human.

Three letters, no last name, and pronounced like 'Luke,' he was an utter enigma to me, and he was…well, he was special and he knew it.

"Your food is not poisoned," I told him, inhaling deeply as I tried to interject some common sense into this rapidly deteriorating conversation. The nearby candle, one that reminded me of pumpkin spice, almost overwhelmed his unique, outdoorsy scent that reminded of pine needles and fresh air.

"I don't know about that, Peaches." Luc’s full lips curved into a half smile. Lips that I had recently become well-familiar with. Lips that were as completely distracting as the rest of him. "I think Sylvia would love nothing more than to get rid of me."

"Is it that obvious?" she replied, her thin, fake smile narrowing even further. "I always thought I had a rather good poker face."

"I doubt you could ever successfully hide your rampant dislike of me." Luc leaned back, crossing his arms over his broad chest. "I mean, the first time I came here, all those years ago, you pointed a pistol at me, and the last time I came here, you threatened me with a shotgun. So, I think you've made it pretty clear."

"We could always go for a third time," she snapped, her fingers splaying across the cool granite. "Third time's a charm, right?"

Luc's chin dipped and those thick lashes lowered, shielding astonishingly jewel-tone eyes. Amethyst. The color wasn’t the only thing that gave away the fact that he was rocking more than homosapien DNA. The fuzzy black line surrounding his irises was also a good indication that there was only a little bit of human in him. "There won't be a third time, Sylvia."

Things were…well, awkward between her and Luc.

They had a messy history that had everything to do with who I used to be, but I'd thought the whole grilled cheese and tomato soup thing was her waving a white flag—a weird offering of truce, but an offering nonetheless. Obviously, I'd been wrong. From the moment Luc and I had walked into the kitchen, things had gone downhill fast between the two of them.

"I wouldn't be too sure of that," she remarked, picking up a dishcloth. "You know what they say about the arrogant man."

"No, I don't." Luc dropped his elbow to the island and plopped his chin onto his fist. "But please enlighten me."

"An arrogant man will still feel immortal." She lifted her gaze, meeting his. "Even on his deathbed."

"Okay," I jumped in when I saw Luc's head tilt to the side. "Can you two stop trying to out-snark one another so we can eat our sandwiches and soup like normal human beings? That would be great."

"But we're not normal human beings." Luc sent me a long side look. "And I cannot be out-snarked, Peaches."

I rolled my eyes. "You know what I mean."

"He's right, though." She scrubbed at a spot on the island only she could see. "None of this is normal. It's not going to be."

Luc's jaw clamped shut as he returned to staring at his sandwich, his shoulders unnaturally tense.

"There's only one way you’re going to get normal back in your life, honey," she said, and I flinched at the endearment. It was something she always called me. Honey. But now knowing she’d only been in my life these last four years made the simple, sweet word seem…wrong. Unreal, even. "You want normal? Cut this one out of your life."

Luc's head shot up. "You already took her from me once. That’s not going to happen again."

"And for what, Colonel Dasher?" Luc’s smile was razor sharp. "To give yourself the daughter you lost? To have something you knew you could hold over my head?"

My heart squeezed painfully in my chest. "Luc—"

The dishcloth wrinkled under Mom’s fingers as her hand balled into a fist. "You think you know everything—"

"I know enough." His voice was too soft, too even. "And it's best you don't forget that."